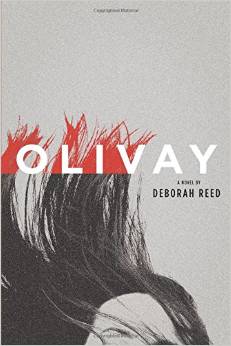 We don’t believe that our lives can change in an instant—until they do.

Olivay, widowed for a year and sleepwalking through life, meets Henry by chance. She takes him to her Los Angeles loft, thinking it will just be for the night. But the following morning, bombs detonate across the city; mayhem and carnage fill the streets; and her loft is covered in broken glass and her own blood. Henry is skittish, solicitous, and strangely distracted. Who is this man she’s marooned with as the city goes on lockdown? Why is she catching him in lie after lie? Is he somehow connected to her husband’s death and the terrorist attacks outside?

With eloquent and suspenseful prose, Olivay explores the wreckage of loss and the collision of grief, desire, and terror in its aftermath. As the characters get pushed outside their comfort zones, forced to walk the thin line between destruction and salvation, Olivay keeps readers guessing what will become of Olivay and Henry until the very end.

The writing in this book is great– eloquent, descriptive and engaging. I love how author, Reed, paints the picture of scene or gives a description of the characters. Reed has a great way of making the reader “feel” through the pages. One review, courtesy of Vice Magazine, characterizes Reed’s writing as “complex, layered, diverse, and, much like the writer herself, a bit paradoxical”, and I fully agree. I enjoy good use of language.

The plot moves slowly, but the build-up is written well. There were times I thought I’d figured what was to come, but the plot twists were not as easily projected as I thought. It’s easy to get lost in what Reed leaves open for interpretation (this is what it seems like she’s doing, anyway). Whether or not this works for a reader depends on the reader’s preferences. I thought what was left open for interpretation gave a certain vagueness to the material where I would rather have had a concrete understanding of what was going on. The book lingers in the mind, and I found myself contemplating the connections between characters and situations.

Most striking is the juxtaposition of the potential for a budding relationship against the backdrop of terrorism and turmoil. It seemed odd to me that something as trivial as a projected “one night stand” be butted up against something as serious as bombings, but the complexities of the main characters— Olivay and Henry— brought about a layered effect that worked well.

Overall, I liked the book. I loved the writing, but desired a more concrete plot. There’s a fine line between mystery and ambiguity, and this book teeters on that line from time to time. 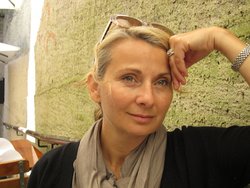 Deborah Reed’s novel Things We Set on Fire sold more than one hundred thousand copies in its first six months, while Carry Yourself Back to Me was a Best Book of 2011 Amazon Editors’ Pick. She wrote the bestselling thriller A Small Fortune and its sequel, Fortune’s Deadly Descent, under her pen name Audrey Braun. Several of her novels have been translated or are forthcoming in German. Her nonfiction has appeared in publications such as the Literarian, MORE, and Poets & Writers. She holds a master of fine arts degree in creative writing, and teaches at the UCLA Extension Writing Program. She is also codirector of the Black Forest Writing Seminar at the University of Freiburg in Germany. She resides in Los Angeles.