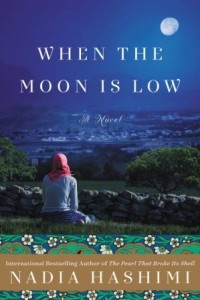 About When the Moon is Low

By turns astonishing, frightening, and triumphant, When the Moon Is Low chronicles one brave Afghan woman’s odyssey to save her family

In Kabul, we meet Fereiba, a schoolteacher who puts her troubled childhood behind her when she finds love in an arranged marriage. But Fereiba’s comfortable life implodes when the Taliban rises to power and her family becomes a target of the new fundamentalist regime. Forced to flee with her three children, Fereiba has one hope for survival: to seek refuge with her sister’s family in London.

Traveling with forged papers and depending on the kindness of strangers, Fereiba and the children make a dangerous crossing into Iran under cover of darkness, the start of a harrowing journey that reduces her from a respected wife and mother to a desperate refugee.

Eventually they fall into the shadowy underground network of the undocumented who haunt the streets of Europe’s cities. And then, in a busy market square in Athens, their fate takes a frightening turn when Fereiba’s teenage son, Saleem, becomes separated from the rest of the family. Without his mother, Saleem is forced, abruptly and unforgivingly, to come of age in a world of human trafficking and squalid refugee camps.

Heartbroken, Fereiba has no choice but to continue on with only her daughter and baby. Mother and son cross border after perilous border, risking their lives in the hope of finding a place where they can be reunited.

Author, Nadia Hashimi, has gifted the world with a much needed story. Set in modern-day Afghanistan, we are introduced to a woman plagued by a childhood of “bad luck” thanks to cultural superstitions and thrown into an adulthood marred by the turmoil of a country under oppressive rule.

This story reminds me of Ishmael Beah’s, Memoirs of a Boy Soldier in that it brings to light a situation that many know about only from afar. Because of the US’s past and present issues with Afghanistan, our perception is often skewed. We fail to see that there are human beings— families, daughters, sons— trying to make a life for themselves just like we are. Hashimi does a skilled job of bringing the humanity of Afghanistan to the forefront of our minds.

This novel provides insight into Afghan life that is much needed without the political agenda that can sometimes overtake a narrative. This is a story about family and the struggles faced by families in times of hardship. Though the place and the clothes might be unfamiliar, the story— the emotions, trials, and triumphs— are aspects of life that most can relate to.

She also brings the Afghan culture to life through narrators Fereiba and Saleem. Women’s issues, family matters, and cultural norms are shown to the reader through their eyes. Triumph and fear seep off the pages and into the mind of the reader. These characters, and their very human struggles suck the reader in. When the Moon is Low weaves culture, connection and humanness into an intricate and evocative narrative. Readers will be rooting for Fereiba and her family. Highly recommended. 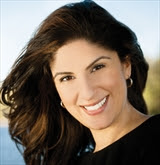 Nadia Hashimi’s parents left Afghanistan in the 1970s, before the Soviet invasion. She was raised in the United States, and in 2002 she visited Afghanistan for the first time with her parents. Hashimi is a pediatrician and lives with her family in suburban Washington, D.C.

2 thoughts on “Book Review: When the Moon is Low”