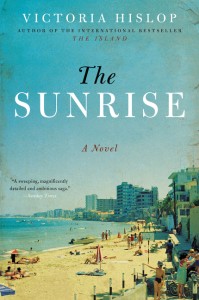 Summer 1972—Famagusta is Cyprus’s most desirable tourist destination in the Mediterranean. Aphroditi Papacostas and her husband, Savvas, own The Sunrise, a wildly successful new luxury hotel. Frequented by only the very wealthiest of Europe’s elite, The Sunrise quickly becomes the place to see and be seen. Yet beneath the veneer of tranquil opulence simmers mounting hostility between the Greek and Turkish Cypriots. Years of unrest and ethnic violence come to a head when, in 1974, Greece’s coup d’état provokes a Turkish attack on beautiful Famagusta. END_OF_DOCUMENT_TOKEN_TO_BE_REPLACED